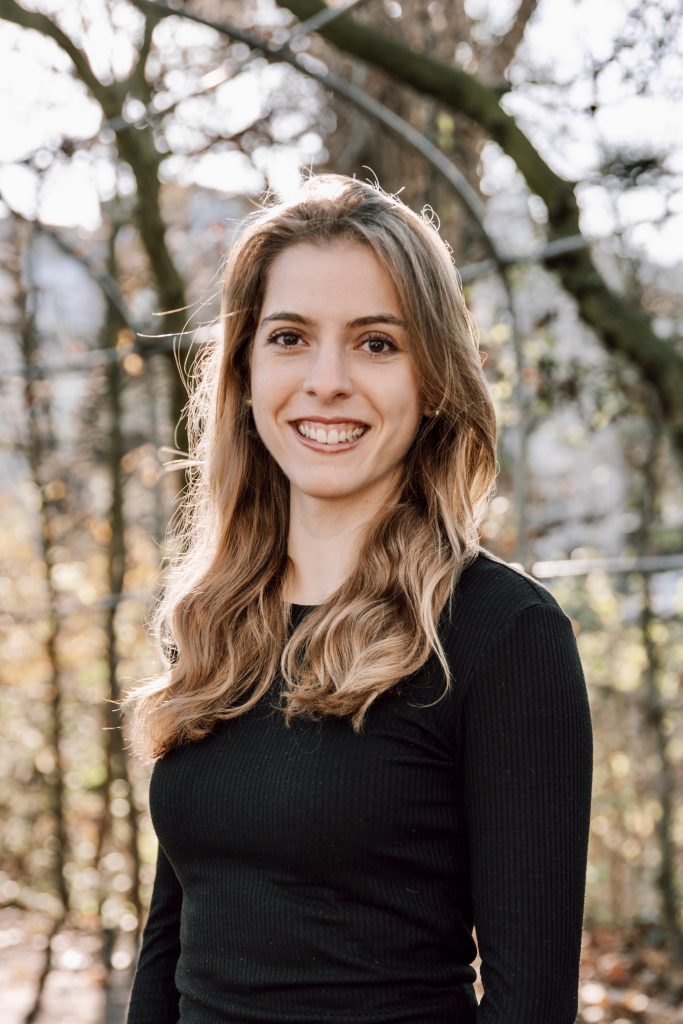 Sophia Aretz, Sophia Aretz, born in Mönchengladbach in 1996, is studying baroque flute in the master’s programme with Prof. Leonard Schelb at the Hochschule für Musik und Tanz in Cologne. In the academic year 2020/21 she also studied with Prof. Lisa Beznosiuk at the Royal Academy of Music in London and with Prof. Marcello Gatti at the Mozarteum in Salzburg. She completed her Bachelor’s degree with Prof. André Sebald at the Robert Schumann Hochschule in Düsseldorf.

In May 2022 her debut album “Prussian Blue” with Alexander von Heißen (harpsichord) was released on the Hänssler Classic label. In June 2022 she won the 1st prize at the International Johann Heinrich Schmelzer Competition in Austria and will be engaged at the International “Barocktage Stift Melk” 2023.

In 2023 she will be also performing with L’Orfeo Baroque Orchestra and with her newly founded quartet Lantana Camara (with Jonas Zschenderlein, Amarilis Dueñas and Alexander von Heißen) in Spain, Austria and Germany.

She has received scholarships and prizes from the Deutsche Stiftung Musikleben, the Lyra-Stiftung, the Stiftung Jugend & Schlösser NRW, the Richard-Wagner-Verband Düsseldorf for the Bayreuth Festival, the Bürgerstiftung Düsseldorf, the Federal Ministry of Education and Research, the friends’ association of the HfMT Köln, the Gretel-Sütterlin-Stiftung, the foundation Jugend & Schlösser NRW and from Yehudin Menuhin Live Music Now Rhein-Ruhr. In her youth she also received the 1st Federal Prize at Jugend Musiziert five times, the 1st Prize at the International Flute Ensemble Competition in Freiburg and the 2nd Prize at the International Flute Ensemble Competition at the Flute Festival at Adams in the Netherlands. The Deutsche Stiftung Musikleben also funded a concert tour to Luxembourg for her wind quintet “Molto Vento” at that time and in January 2017 she had the privilege to perform the Vivaldi Concerto in C major RV 443 as a soloist in the Chamber Orchestra Düsseldorf. She has been a member of the Junge Norddeutsche Philharmonie and the Landesjugendorchester NRW and has performed projects in the Kammeroper Köln, the ART Ensemble NRW and as a stage musician at the Cologne Opera. In November 2019, she helped out in the WDR Funkhausorchester. In 2021 she was on the “BeEnigma Tour” with the TONALi Orchestra, who played their debut concert at the Elbphilharmonie in Hamburg.